Quick introduction - we’re Copperforge, a new supplier in the FIRST scene, run by Benjamin Ward and Solomon Greenberg. Our goal is to eliminate complexity while increasing the performance of competition electronics, helping teams make more reliable and capable robots.

We’re starting out small, but have a lot of great things (well, we’re biased, but we think they’re pretty cool) coming down the pipeline.

For now, we’re releasing the Lasershark, the easiest distance sensor you’ll ever use. With 12ft LIDAR-based ranging and easy, roboRIO-compatible PWM output, we’re hopeful this’ll replace the inaccurate and buggy IR and ultrasonic sensors teams have been stuck with. 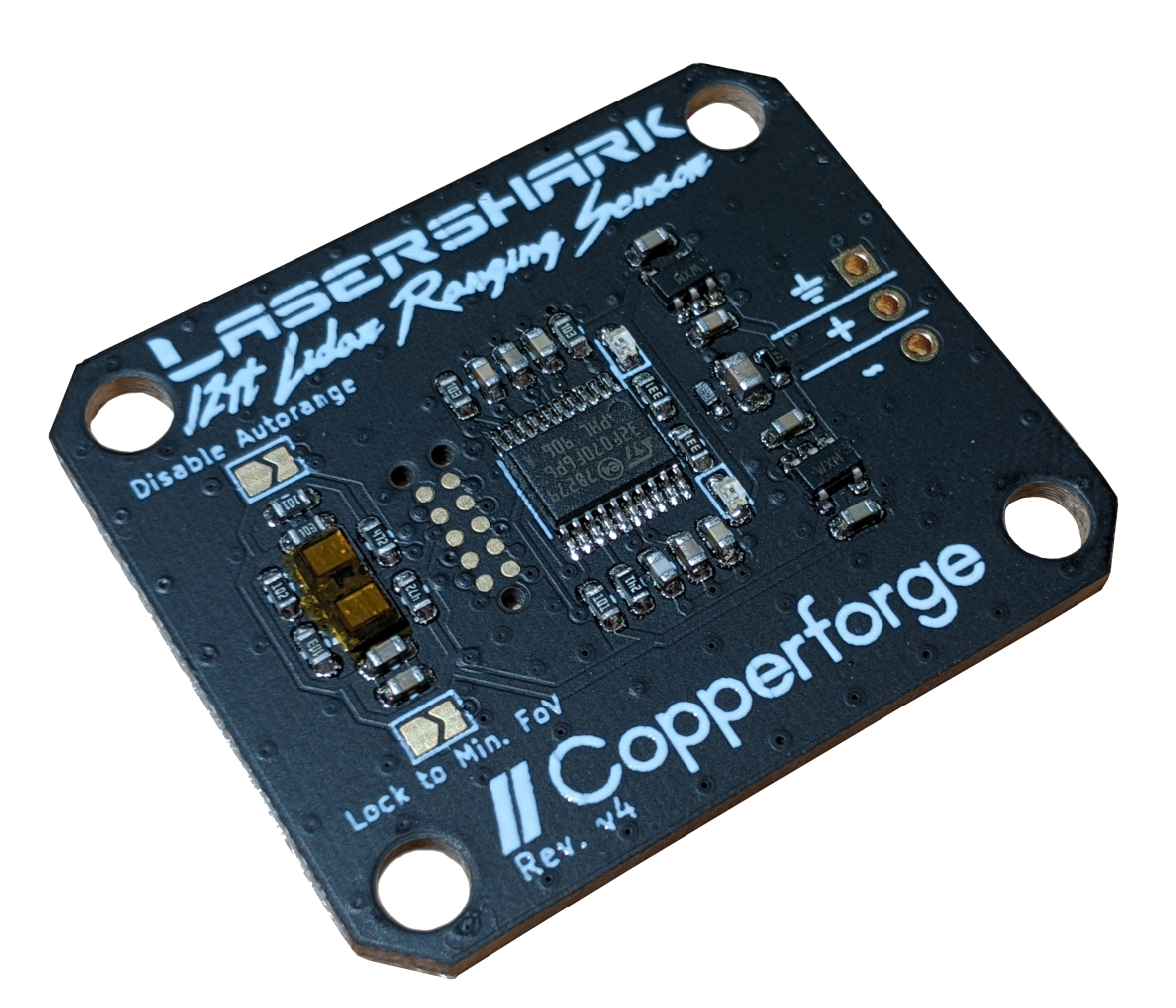 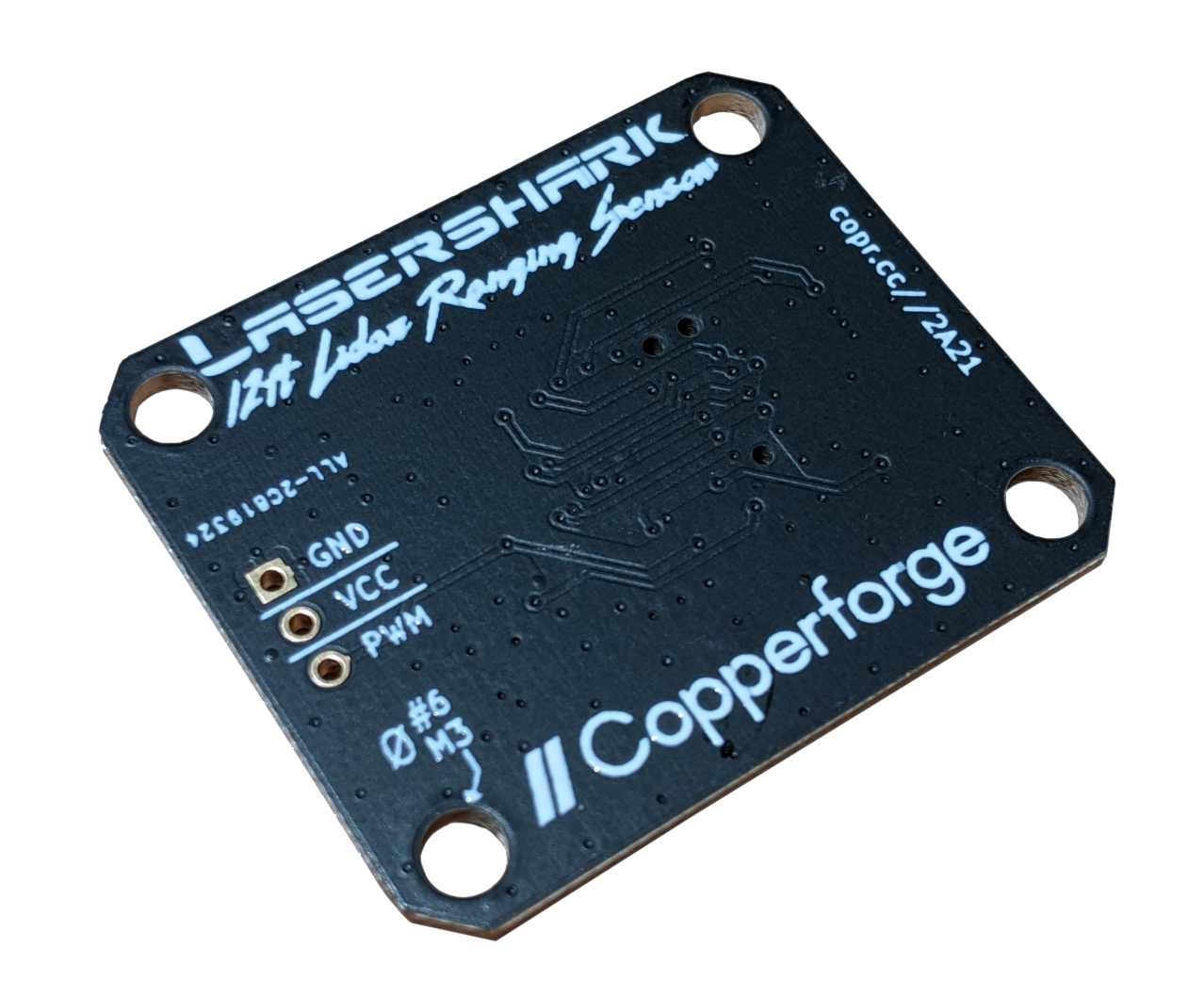 The Lasershark’s based around the STM VL53L1X Time of Flight distance sensor. However, we’re coupling it with an onboard microcontroller, allowing for us to fill this thing to the brim with additional smarts — automatic ranging mode management, digital signal processing, ambient light correction, you name it. On top of that, it has two configuration jumpers — one to minimize the field of view at the expense of maximum range, and one to disable all our fancy onboard algorithms if you’re just interested in the raw sensor output.

Plus, it’s a nice matte black, we got a cool logo, and slapped some LEDs on. Who doesn’t like that?

Plus, we’ve got two solderable jumpers, one to minimize the device’s field of view at the expense of some ranging ability, and the other to disable all the onboard algorithms and just forward raw sensor data. And LEDs. Did I mention LEDs? We got those. They blink.

Orders are open now, and documentation is available at copr.cc//2A21. Shipping will commence in about a week and a half, by the 14th at the absolute latest.

We hope that this turns out to be the first of many products that’ll help you all do what you do best — build robots. We’ve worked pretty hard getting everything to this point, so we hope y’all like it! Expect to see some more stuff out of us real soon.